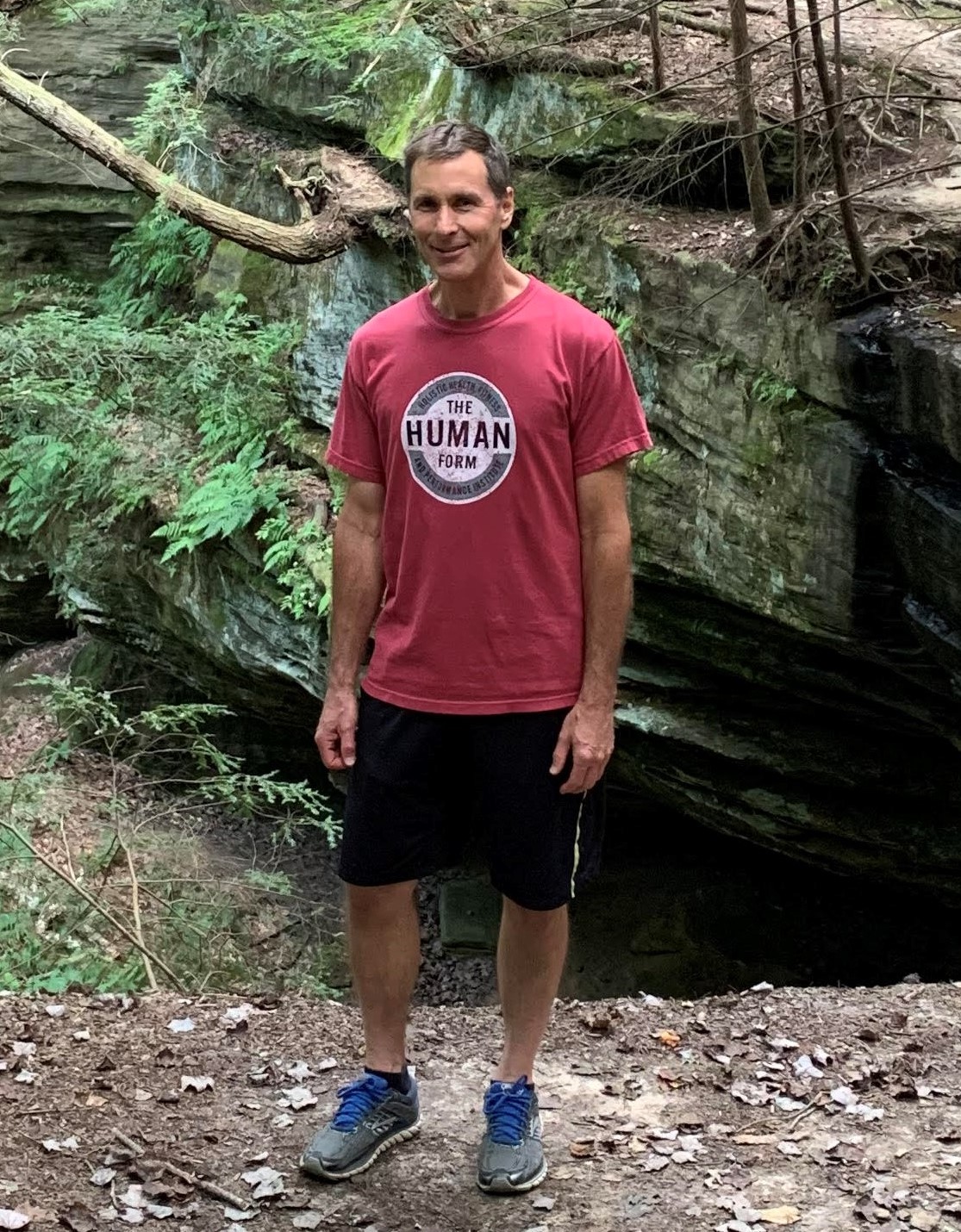 “I joined The Human Form in July of 2019 while I was seeing a chiropractor, Dr. Troy Walker and Chad Simmons for Muscle Activation Technique, both of which are medical advisors for The Human Form. Dr. Walker thought that The Human Form would be good for me, and Chad agreed.

In 2013 I was involved in a car accident that led to chronic back, hip, and neck pain. I had seen an osteopath, several chiropractors, and physical therapists but nothing helped except for seeing Chad almost every week for MAT. This was necessary because my occupation (I do residential window replacement and other interior remodeling) is physically demanding, and the pain was impeding my ability to work.

With the help of James Fryer teaching me breathing exercises and the functional fitness that I do with The Human Form, my life has improved drastically both physically and mentally. I look forward to going to my workouts with the other members and seeing them and myself reach new milestones. I no longer see any doctors or specialists to control my pain. If I do have a flare up, I’m able to get it under control in about 10 minutes with breathing and corrective exercises that I have been taught by the coaches.

I used to do yoga and large group workouts at one of the big franchise facilities where I would get lost (and injured) in the crowd. I thought that I was pretty strong when I started at the HF but was humbled when working out with some of the members that have been coming in for a while. Once when I started to learn the right way of doing things I quickly progressed, and the pain began to disappear. Nothing compares to the detailed instruction from the talented coaches at The Human Form. I’m always learning and corrected if I get off track. The coaching is based off the individuals needs and not some one size fits all instruction. There is nothing better than doing something in daily life and realizing that it became easier because of what I have learned at The Human Form!”